THE HAUNTED WORLD OF
EL SUPERBEASTO

The film follows the adventures of El Superbeasto (Tom Papa), a suave, yet violent exploitation film actor/director and former masked wrestler, and his sultry “sidekick” and sister, the super-agent Suzi-X (Sheri Moon Zombie), as they race to prevent the evil Dr. Satan (Paul Giamatti) from taking over the world by marrying the foul-mouthed stripper with the mark of the devil on her backside, Velvet Von Black (Rosario Dawson). The adventure, set in the mythic world of Monsterland, also features Murray the Robot (Brian Posehn), Suzi-X’s sidekick and vehicle, based on the robot featured in the 1939 serial The Phantom Creeps starring Bela Lugosi. 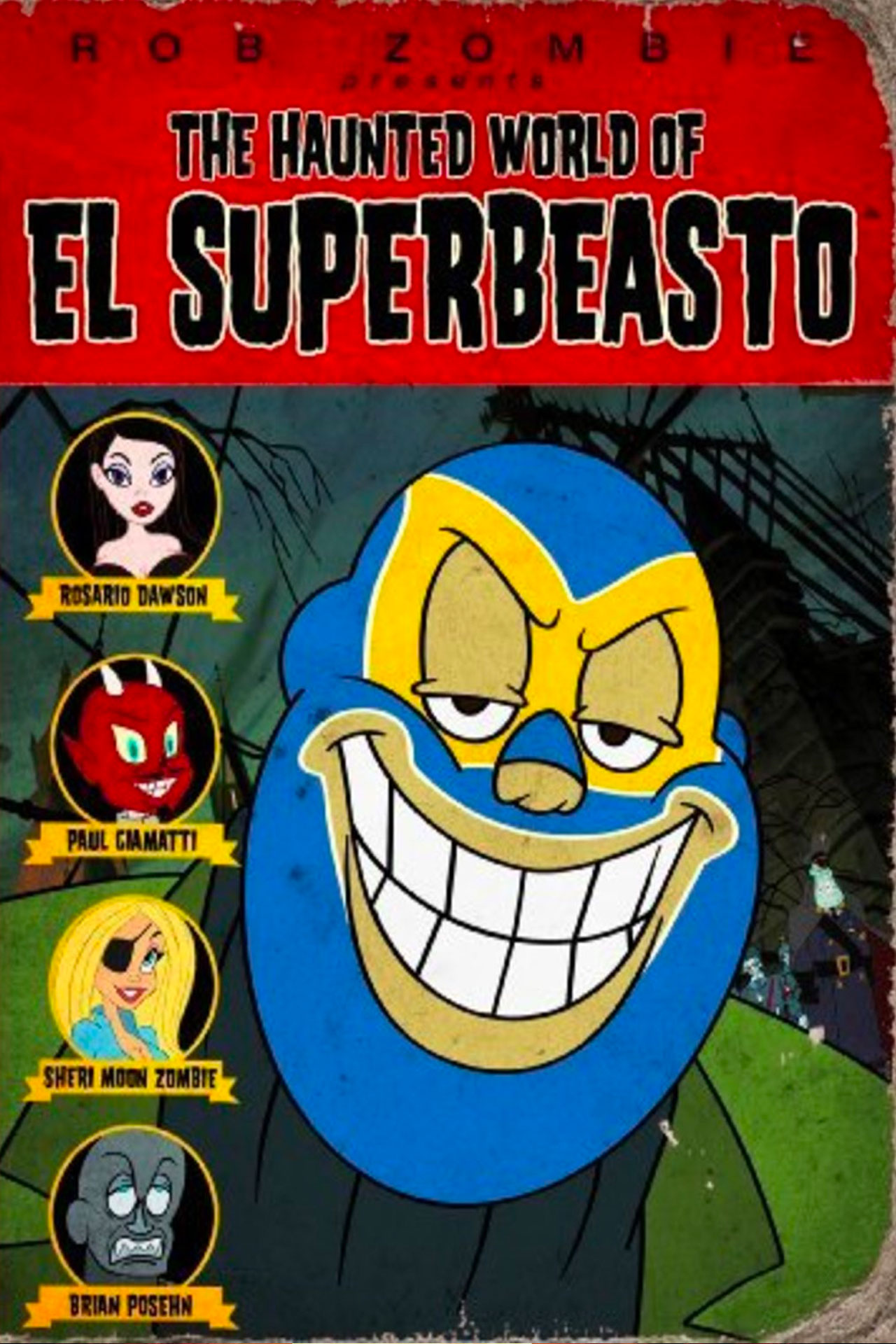